This campaign format capitalizes on the idea of having our games tell a linked story and to fill in the details and battle reports for our forces and their leaders.  The series of campaign games would represent the period from 1753 - 1759 covering roughly the main operations of the French and Indian War starting with the Ohio River Valley campaign through the Capture of Quebec.  After each campaign period characteristics of your leader will improve, they may gain talents and/or promotion and will carry forward into the next campaign season....if they survive.  If your leader dies he will need to start fresh.  Each campaign season should be at least three rounds/games but no more than four.  To speed things up, I recommend the campaign organizer choose the objectives for each round of the campaign rather then have the players dice for their objectives.  For example:

-Round 1: Engagement vs Scouting
-Round 2: Raid vs Defense
-Round 3: Slaughter vs Protection**
-Round 4: Determined per rules on pages 37 & 38 of Muskets & Tomahawks
**each contestant should bring enough civilians to field with their army per the objective rules. 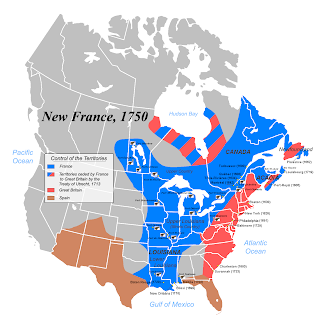 Set up, terrain and troop lists:  The army points limit and other restrictions are shown above.  The army list must meet the requirements found on page 39 on the Musket and Tomahawks rules and be submitted in advance of the campaign round beginning.  Talents & artillery are not permitted except per the rules below.  Terrain is dictated by the size of the table and the armies involved.  Both players role a die with the high scorer setting out the first piece of terrain.

Other Terrain:  Other terrain is placed by alternating between players with the high scorer placing the first terrain piece.  If either or both players are using boats or are choosing a river feature those are positioned first.  On 4x4 tables after the built up area is established each player can place four additional terrain pieces of no less than 6 inches and no more than 12 inches across.  On 4x6 tables each person places five additional pieces.  Terrain features available are per the rules on page 23:

Leader Promotion, Talents and Artillery:
This is where it gets fun and we build the story of our unit and leaders.  We start the tournament campaign without talents for our leaders because only leaders who survive have an opportunity to discover their talents and earn promotion. With promotion comes greater unit capabilities like artillery and the opportunity to carry the Regimental colors to inspire your Soldiers to greater feats.  Below is how our leaders earn promotion or increase their traits.

New Leader in his first tournament will earn his natural talent before he starts his third game.  The new leader only earns this opportunity if he has not been killed in any of the previous games.  The player must declare the talent and add it to his army profile before the last round starts.  If the leader also survives the third game he gains a promotion point at the end of his third game.

Returning leaders from previous games.  At the conclusion of each set of three games in which a leader does not get killed he earns a promotion point.  Promotion Points may be spent to either determine a new talent or promote the leader to the next grade.

Talents:  Players may spend one promotion point at the end of any three consecutive games in which they are not killed to randomly determine a trait per the rules on page 34.  Each leader may have no more than two talents.  The talents must be on the players Army Profile page to be allowed in campaign game.  This is the only way your leaders may earn and use talents in this campaign system.  You may not pay for them as part of your army cost.

Artillery is only allowed if the army is being led by a Major or higher.  Majors may only command one piece of artillery in their force.  Lieutenant Colonels may command two.  Since a force made up entirely of Indians does not get to use artillery, Indian Braves instead gain one hidden movement marker, and Indian Chiefs gain two hidden movement markers and can re-position one non-man made piece of terrain at the start of the game after all units have been deployed.

Unit Colors:  Unit colors provide inspiration and esprit de corps to your units.  However, they must also not fall into enemy hands.  While the colors are flying your entire force gains a +1 to all reaction tests and if the colors charge into melee every Soldier in that melee gains a +1 to their lethality.  If your force is led by at least a Lieutenant Colonel or Chief you may employ one figure carrying your unit's colors.  The figure costs the same as the cost of the troop type in your force that most closely matches your leaders troop type.  But the colors cost an additional 5 points.  Your color bearer must remain within 2" of your leader.  He may be sacrificed for your leader per the rule on page 34.  However, if your color bearer is killed in melee role a d6, on a roll of 1 or 2 the colors are lost to the enemy.  If you suffer the ignominy of losing your unit's colors your leader will lose one rank at the end of the round and loses the ability to carry colors for the rest of the tournament until he regains the appropriate rank is reattained.  If the color bearer is lost to shooting, substituted for your leader or the colors are not lost in melee, substitute another figure to keep the colors flying.  Indians did not carry unit colors and may instead indicate a figure of outstanding stature or carrying a special totem.  French or British Color bearers fight at a -1 in melee, while Indian totem carriers fight at a +1.    Neither has the ability to shoot a musket but may use thrown weapons.