Last weekend I had the privilege of playing in a SAGA tournament to raise money for Wounded Warriors.  Besides a portion of the entrance fee going to this worthy cause, during our games we could re-roll any combat die by simply throwing a contribution into the glass jar.   Unfortunately, in the heat of battle, many of us simply did not think to do this during our games.  Most just tossed in a contribution at the end of the tournament.  It came to mind that it might have been a good idea to have a few mercenary units "for hire" to the highest bidder.  We could have bid for the units between rounds with the winner being able to use the mercenary unit in substitution of 1 point in the war band which they brought.  Theses Swords For Hire would have to be different from that in the current rules and somewhat powerful enough to solicit  a desire to hire them.  I know it may mess up play balance, etc.,. but in a friendly game for charity not sure that matters.  As such i developed the following three Sword For Hire units.  Please feel free to critique and/or comment.  I have not play tested them yet but plan to once i get some feedback from the SAGA community.  The three units are:

Ragnar's Sons - Each seeking individual glory and ambition just as Ragnar's Son's were want to do. 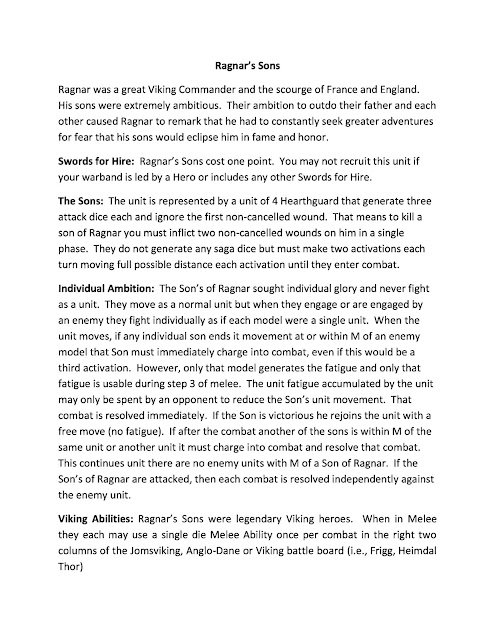 Favor Of God - representing the influence of "The Church" on the battle field, pagan or Christian.  Of course you have to pay for it..... 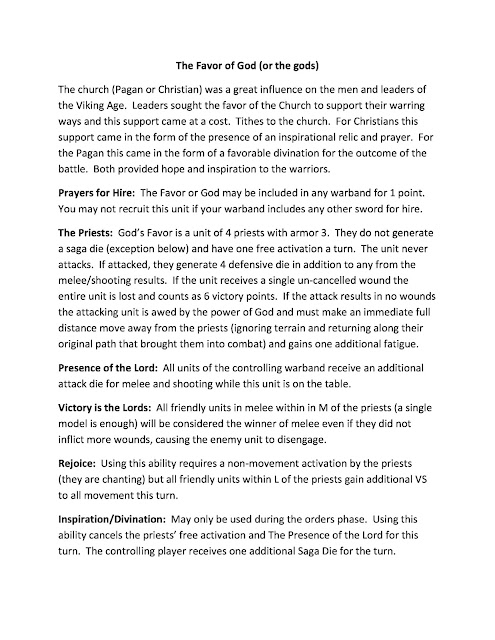 Svipdag's Brothers - Apparently this group of brothers always rode into battle just in the nick-o-time to rescue their brother when he needed it most. 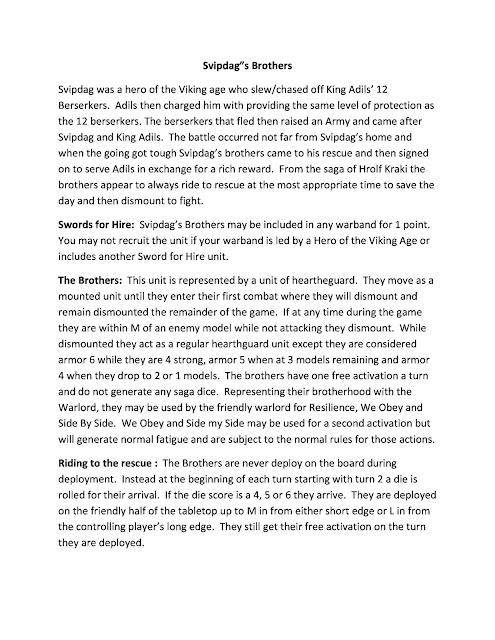 Posted by Unknown at 5:33 PM No comments: